The Aquarium La Rochelle uses a local producer of spirulina to feed the mussels, oysters, sponges and animal plankton...

Wrongly considered a microalgae, spirulina, Arthrospira platensis, is in fact a member of the group of cyanobacteria formerly known as “blue-green algae”.

These single-cell organisms appeared over 3 billion years ago and are among the oldest forms of life. Spirulina is 0.1mm in size and takes the form of a tiny green spiral filament, hence its name. It is a photosynthetic bacterium, which develops through photosynthesis, using the sun as its main source of energy. It grows naturally in lakes rich in organic matter and warm brackish water environments. This species was discovered in Chad in the 1950s where it is traditionally eaten dried in the form of a cake called “Dihé”.

It is well known for being rich in protein (more than red meat or fish), minerals, vitamins, amino acids, beta-carotene, assimilable iron… It is also used for its natural blue pigment (phycocyanine) and as an antioxidant ingredient in the cosmetics industry. Finally, it is the subject of research in the medical sector for its antiviral and immunostimulant therapeutic properties. 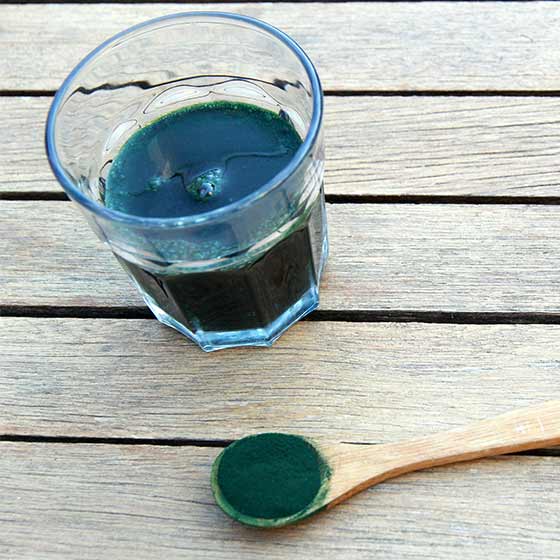 Every week, the aquaculture farm “La spiruline de Rochefort”, which markets it dried as a food supplement, supplies the Aquarium’s biologists with live spirulina.

The location of this farm was chosen by the producer because of the high level of sunshine offered by the Charente Maritime. Spirulina is grown in above-ground tanks in a greenhouse naturally heated by the sun.

Its production does not require any pesticides, antibiotics or preservatives. 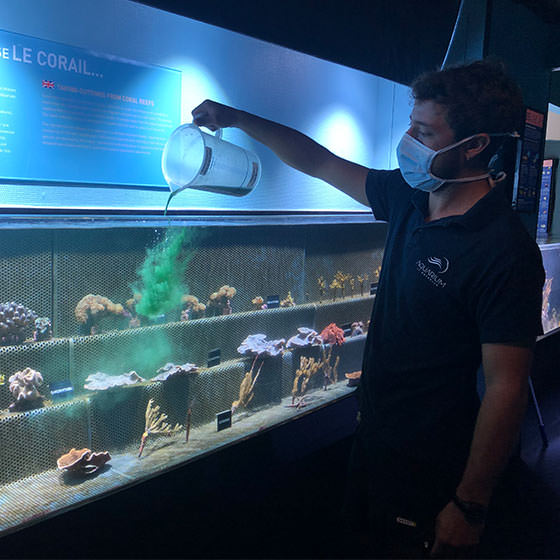