Here are seven species of sea turtle. These great migratory animals undertake long ocean voyages during which they grow, feed and reproduce.

With the exception of the leatherback turtle, which can sometimes be seen in cold waters, sea turtles tend to frequent temperate or equatorial waters with a clear preference for warmer climes, where their nesting beaches can most often be found.

Four species of sea turtles have been observed along the Atlantic coast of France: leatherback, green, loggerhead and Kemp's ridley.

A symbol of longevity and fertility, sea turtles are revered by some peoples. Yet they are vulnerable and currently threatened with extinction. If predation of marine and terrestrial origin (birds, crabs, fish...) has a non-negligible impact on marine turtles, it is above all human activities that are at the origin of their decline.

Since its creation in 1988, the Aquarium La Rochelle has been committed to the preservation of these endangered species. Discover the missions of our Centre for the Study and Care of Marine Turtles! 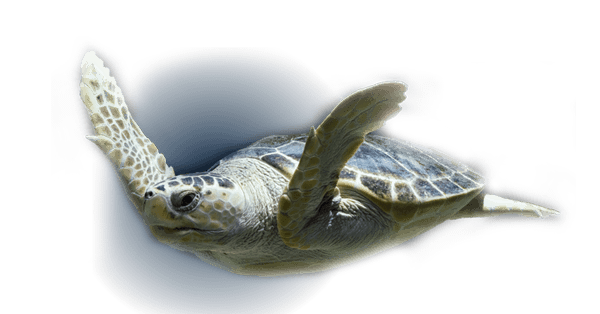 The world of turtles

In a cloud of golden trevally, two sea turtles gently brush up against a rocky landscape. The hawksbill turtle is distinguished by its size and the drawings on its shell. The green turtle owes its name to the green colour of its fat linked to its herbivorous diet. 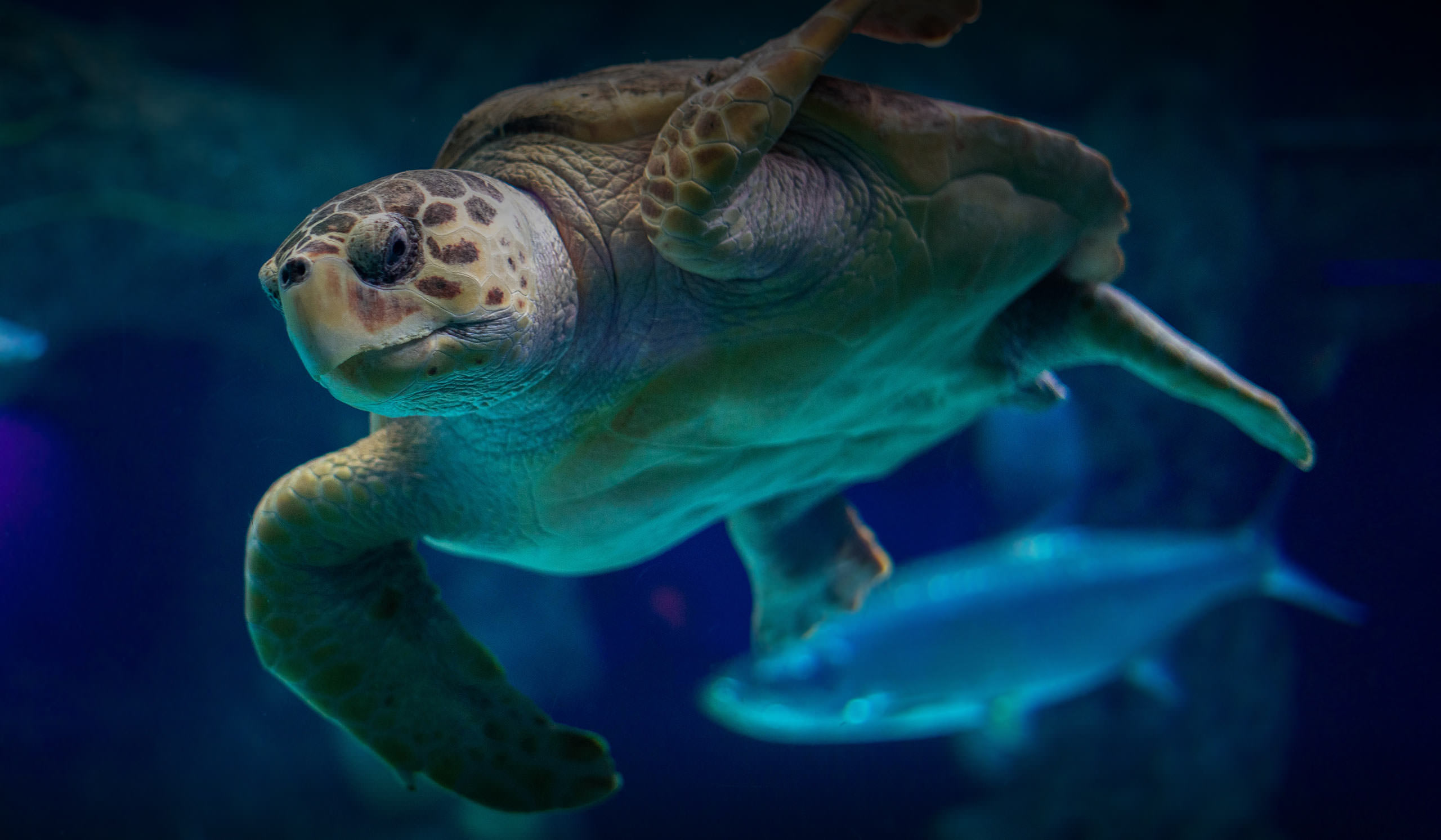 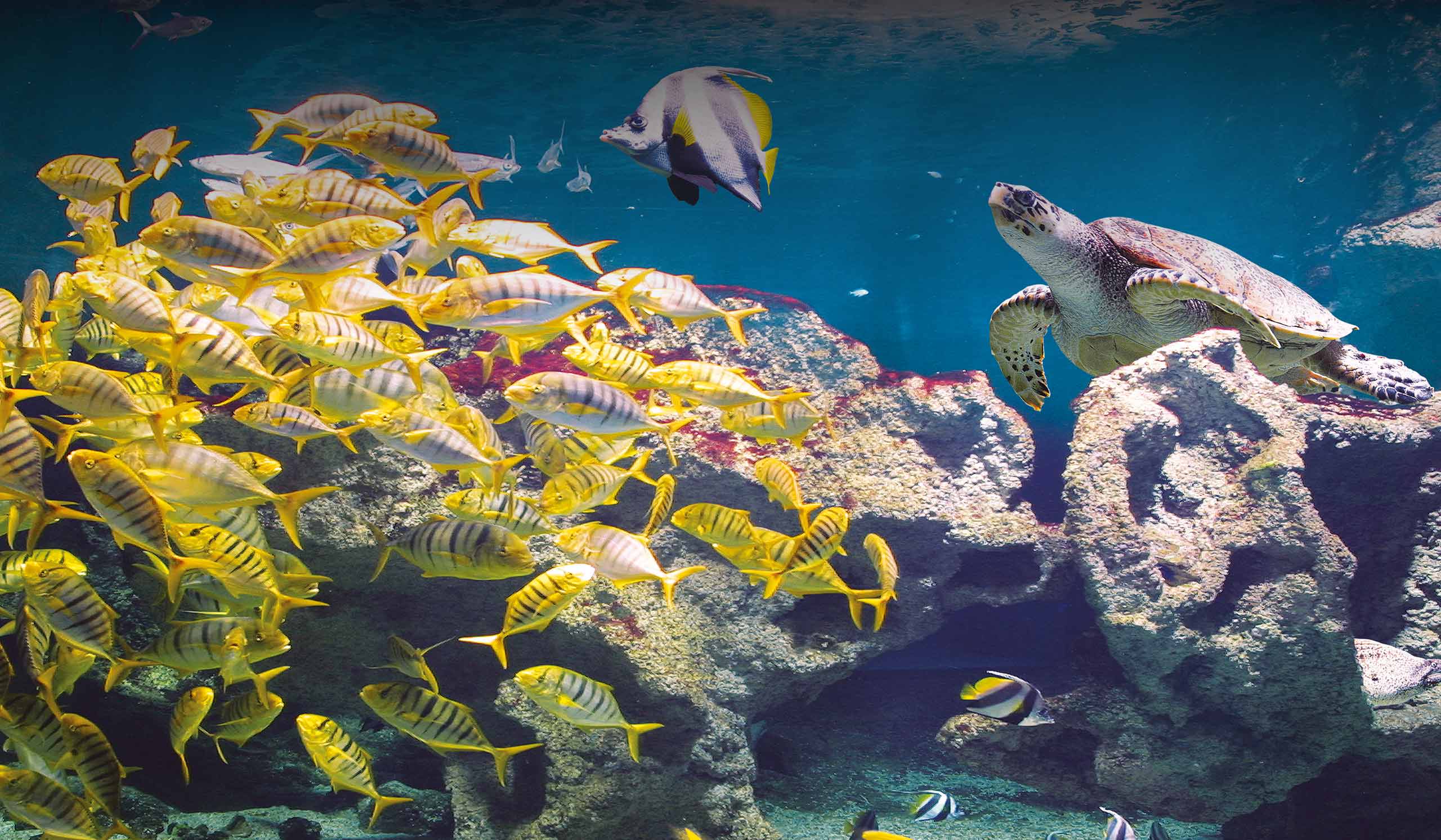 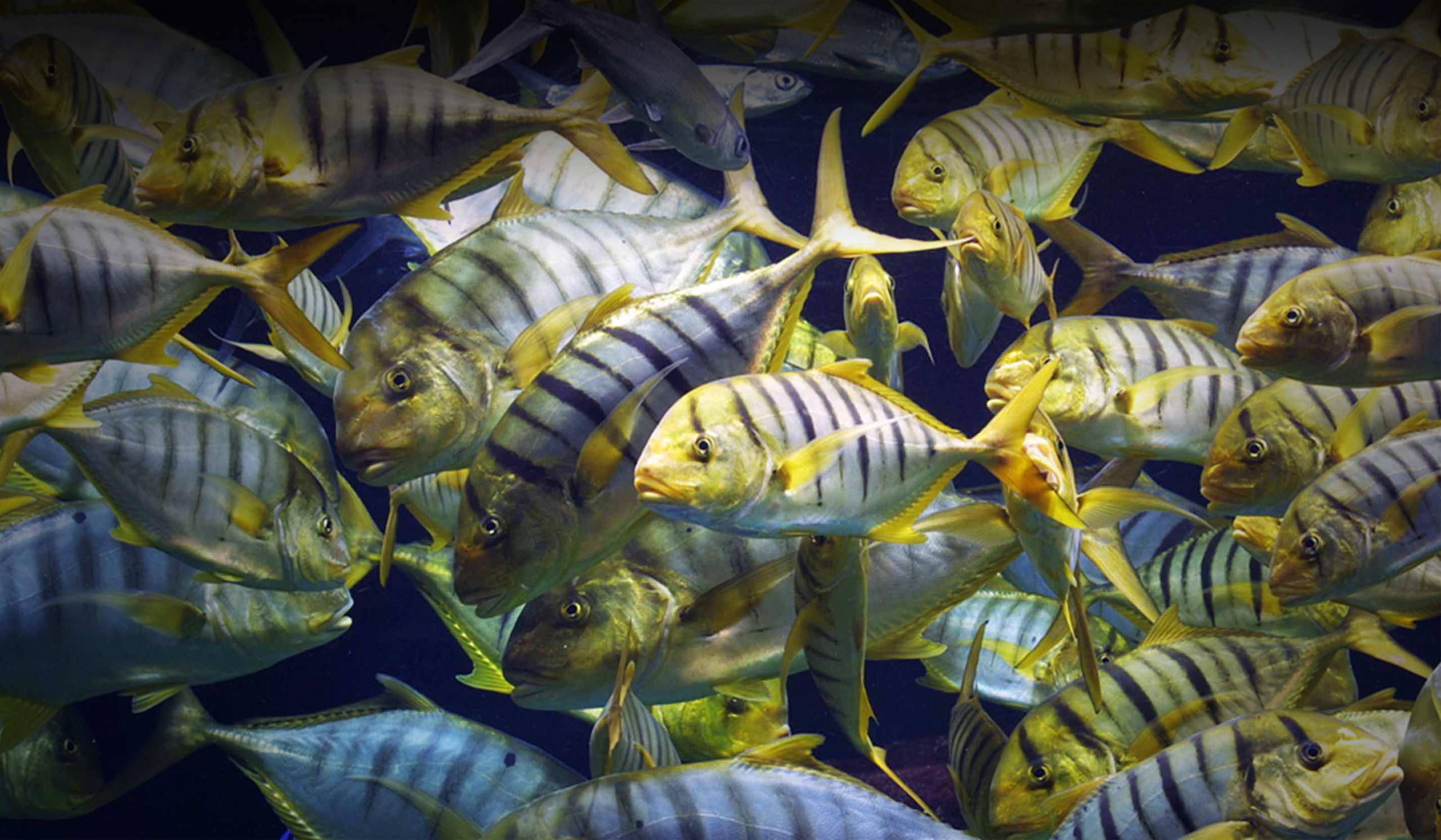