Turtle tracking: Back to the Ocean 2020

Since 2008, the CESTM has been conducting a satellite monitoring programme for certain marine turtles that it rehabilitates.

It enables the turtles returned to the ocean to be tracked in near-real time. Their positions recorded during their journey, combined with data on various oceanographic parameters, make it possible to highlight the factors that influence their journey offshore (temperature, surface currents, etc.).

On 23 June 2020, three of the eight sea turtles that reached the ocean were equipped with a satellite transmitter.

Reported by a pedestrian, the animal was taken in charge by Océanopolis, correspondent of the Eastern Atlantic Marine Turtle Network (RTMAE), as well as by the French Office for Biodiversity (OFB). On its arrival on 22 June, the young Caretta caretta turtle weighed 10 kg 860 for 39.4 cm of straight carapace length. One month later, its weight had already increased (11 kg 824) when its straight carapace length measured 39.9 cm. Rehydration, local care and calcium intake enabled this individual to recover and return to the ocean on 22 July.

Equipped with a satellite transmitter, this loggerhead turtle invites us to travel with it. 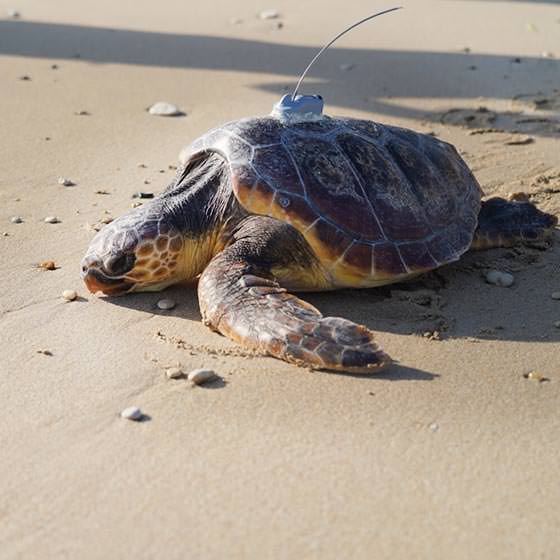 The first turtle to be tracked by a transmitter arrived at the CESTM on 18 June 2019, after being captured accidentally off Saint-Jean-de-Luz (64). It weighed 2.468 kg and measured 24.5 cm on arrival. 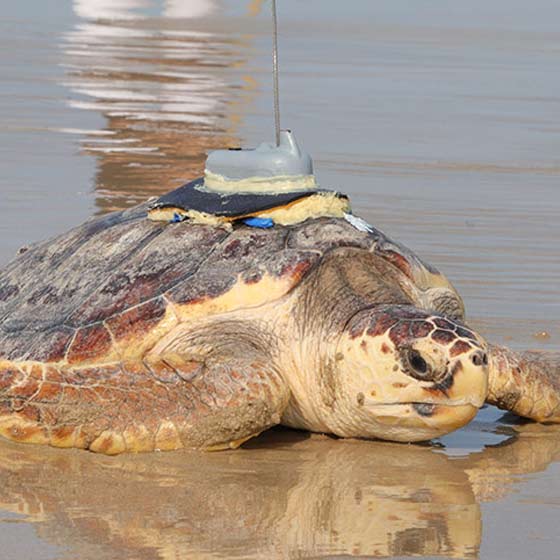 On Saturday 15 February 2020, a very weakened individual was observed stranded by the Harbour Master’s Office of the Port de Saint Jacques, a commune of Sarzeau, (56). Its right front leg was sectioned but correctly healed.

This animal, weighing 19.8 kg and with a right carapace length of 55.3 cm, expelled plastic material 9 days after its arrival. 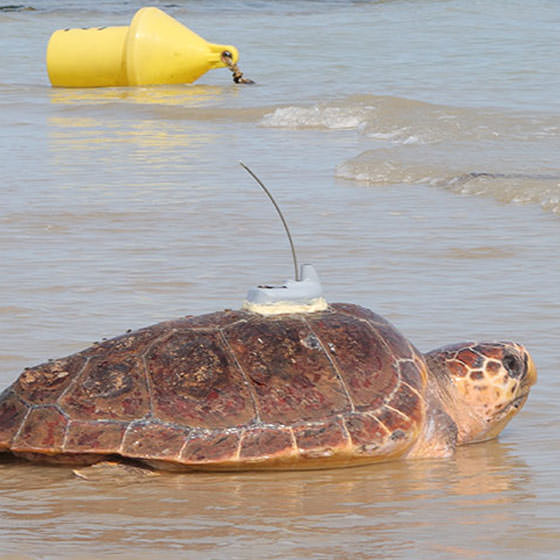 On Christmas Eve 2019, a member of the Office National des Forêts observed a turtle stranded on a beach in Mimizan (40). Its evacuation was made difficult in particular because of the tide times, the high coefficients and the location of the stranding.

The left front leg of this sub-adult individual weighing 41.6 kg and 70.5 cm in right carapace length was mutilated. 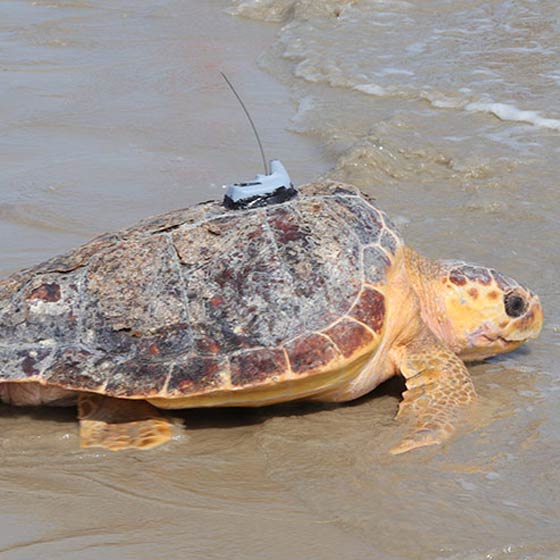 IF YOU OBSERVE A STRANDED TURTLE:

The Centre d'Etudes et de Soins pour les Tortues Marines (CESTM) and the volunteers of the Réseau Tortues Marines Atlantique Est (RTMAE) will take care of the individuals immediately. Important: Sea turtles are protected species: do not touch them or try to return them to the sea.

Thank you all for your vigilance!