Gecarcinus lateralis
Distribution area
Group
Size
Conservation status
Do you like this species ?
This species can be found from Southern Florida to French Guiana.
Arthropods
Crustaceans
6 centimetres (shell diameter)
Not evaluated
6

This little red crab, called ‘touloulou’ or ‘tourlourou’ in French, is common to the West Indies, has a preference for arid terrain, and digs galleries in the sand not too far from the shore, at the bases of trees.

It helps to aerate the soil by contributing to the deterioration of the plant and animal detritus on which it feeds. It is mainly a vegetarian, consuming roots and fruit, but also the occasional animal carcass. During the reproductive season, the males beat on the ground to attract the females.

After mating, they head toward the sea to lay their eggs, which will hatch into swimming larvae. This crab is widely popular in the West Indies for its delicious meat. 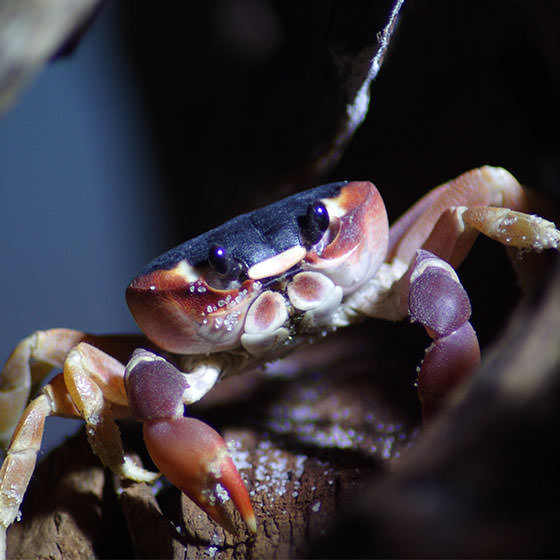 Tourlourou' is an old French term given to infantrymen in World War I who wore a blue jacket with bright red trousers. For this reason, French sailors gave these red crabs the same nickname, comparing them to the footsoldiers. 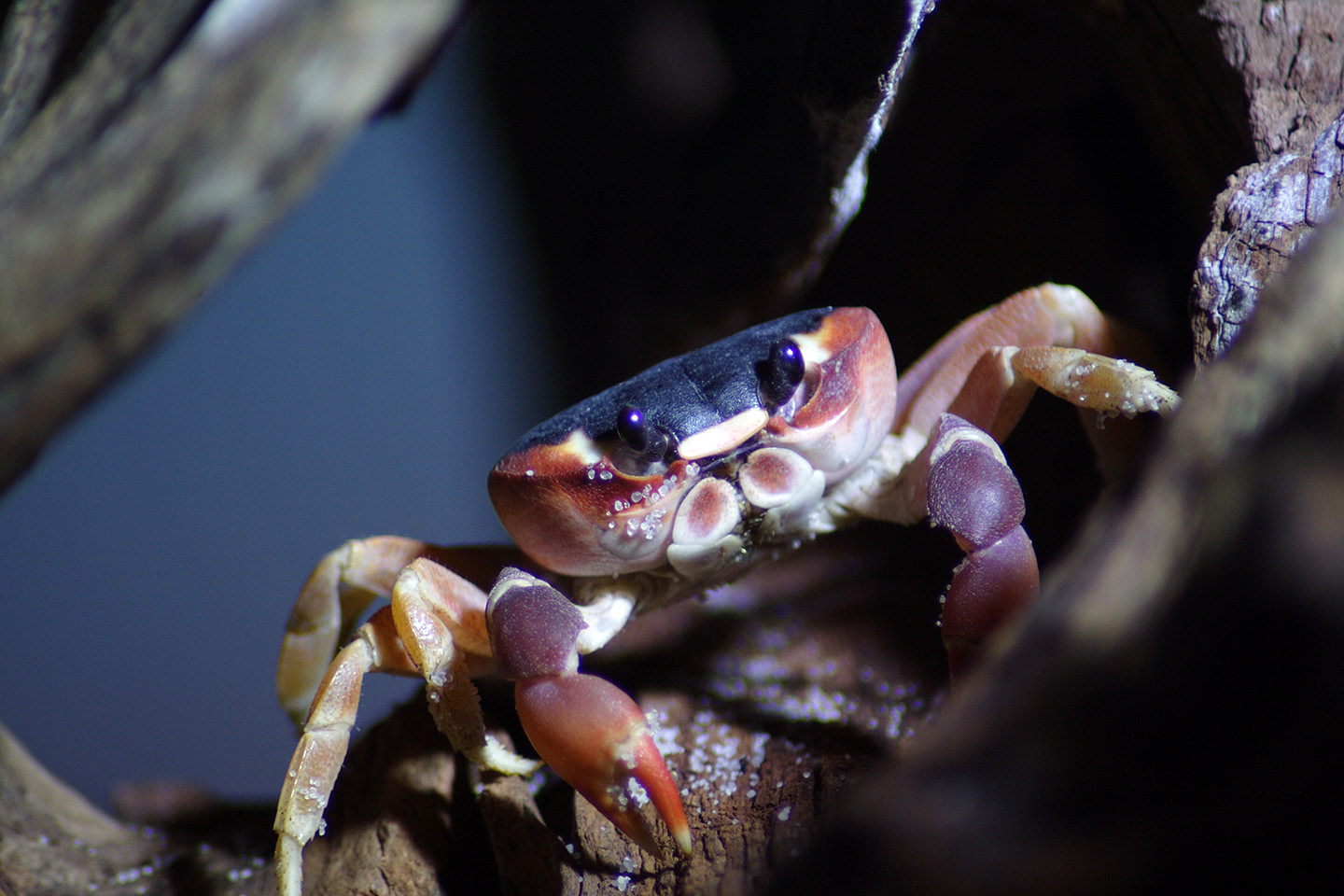 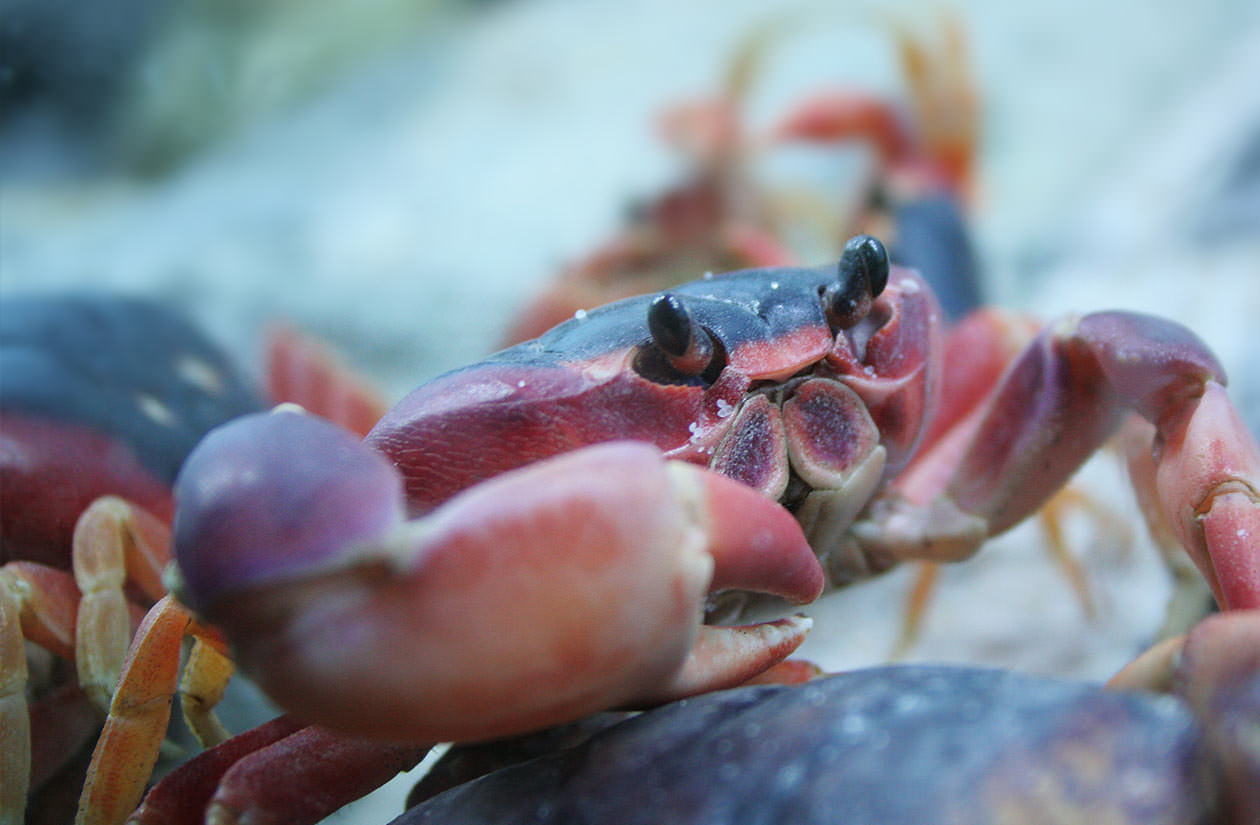 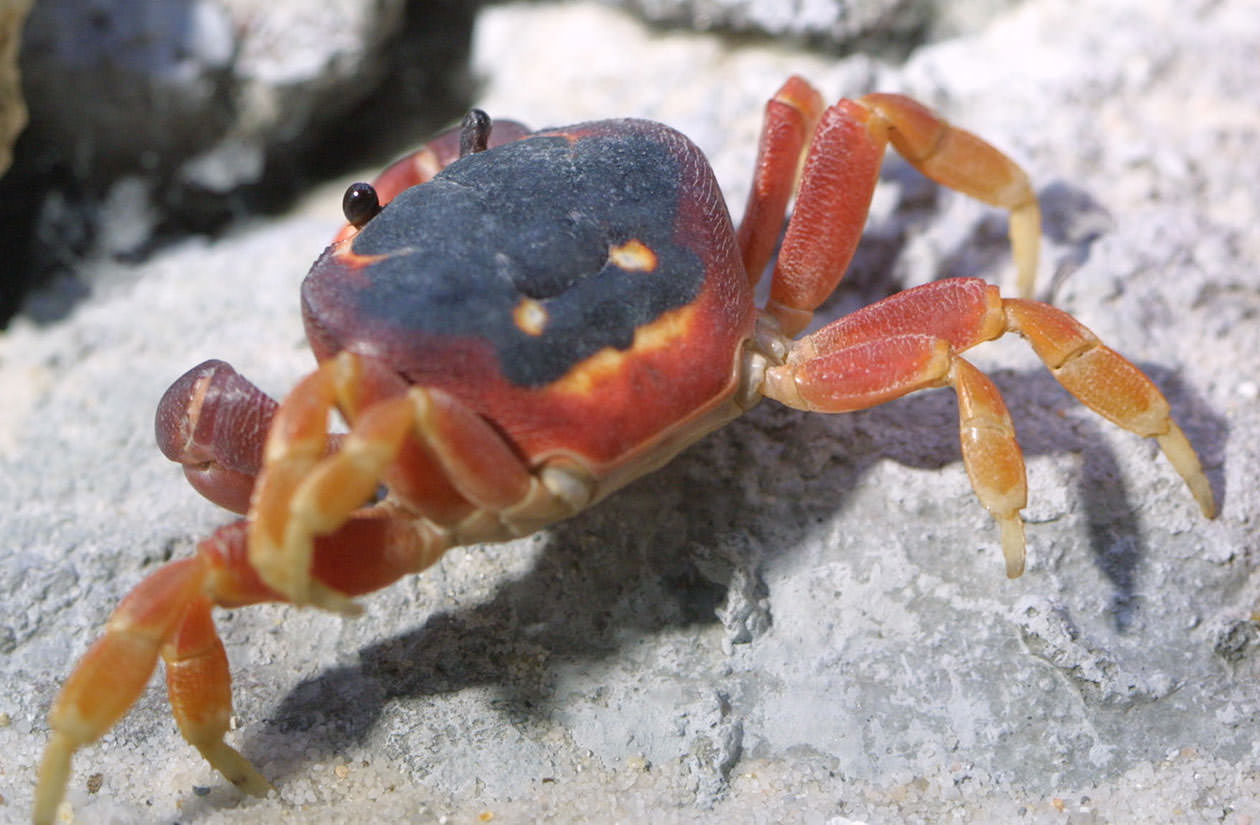