Pomacanthus paru
Distribution area
Group
Size
Conservation status
Do you like this species ?
The French angelfish can be seen from Florida to Brazil, in the Gulf of Mexico and in the Caribbean Sea.
Vertebrates
Actinopterygii
30 centimeters
Least concern
10

At the base of their opercle, all angelfish have a strong spine that points backward and becomes a fearsome weapon when raised.

The French angelfish swims among the coral and along rocky beds between 5 and 25 m below the surface. The adults’ colouring is fairly dark, whereas the young have yellow bands across their bodies that fade with age.

Often found in couples, they take ownership of a territory that they fiercely defend against their fellow angelfish. They express their aggression through threatening movements accompanied by sounds. They thrive in shallow zones, on reefs and in sandy areas. This omnivorous species feeds on algae, sponges and coral. Its young also play the role of cleaner, ridding other fish of their parasites. 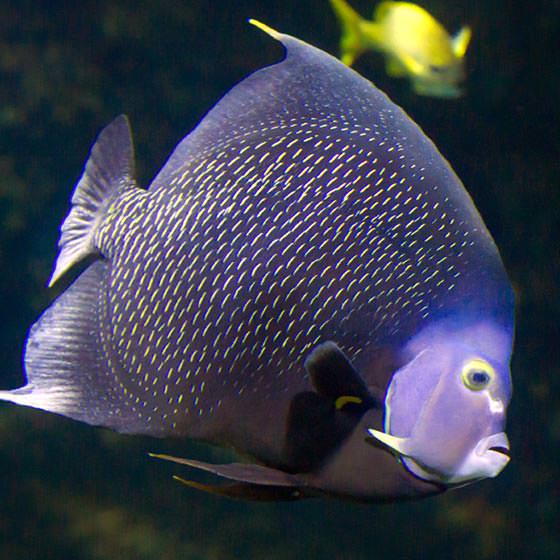 French angelfish are protogynous hermaphrodites, meaning they are born female and transform into males over the course of their lives.

To breed, the couple rises quickly to the surface to simultaneously release their reproductive cells. The transparent, pelagic eggs hatch into larvae that rapidly settle on coral reefs once they reach 15 mm in length. 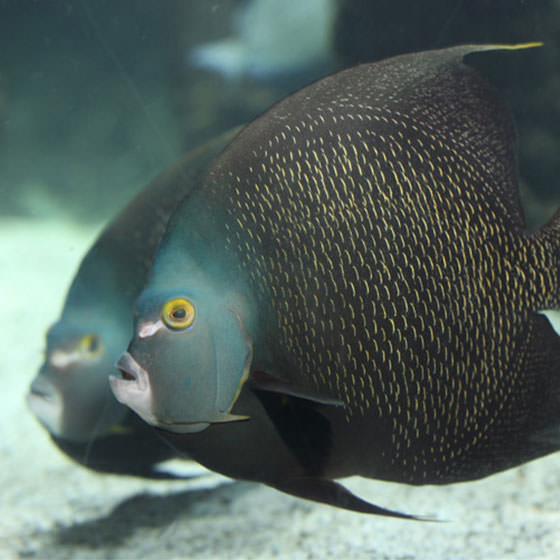 Like most angelfish, this species presents very different colourings between its juveniles and its adults.

Because these are typically territorial fish, very aggressive to other members of their species, the unique markings on their young allow them to be accepted on the territory of a male who can see that they are not in competition with him. 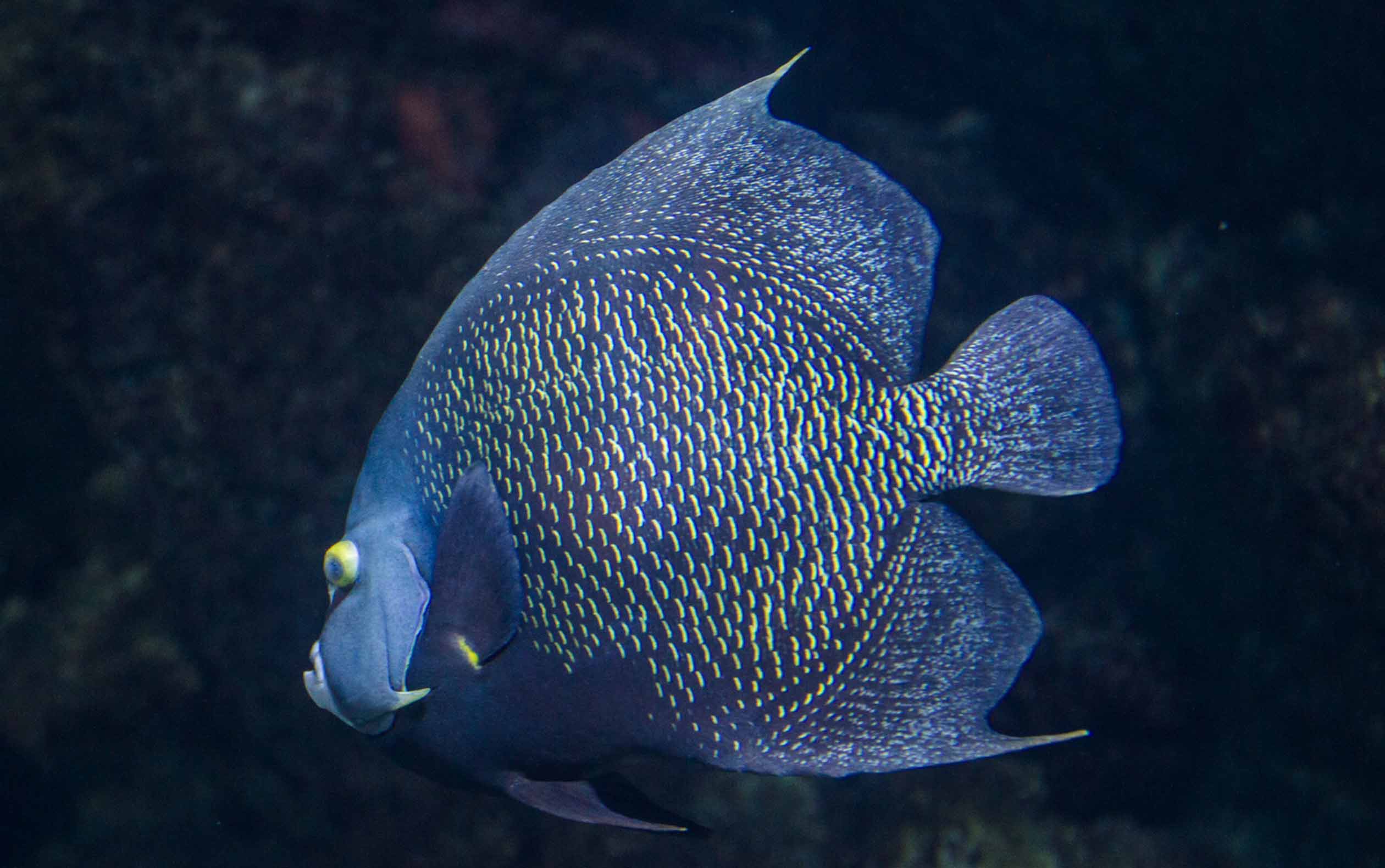 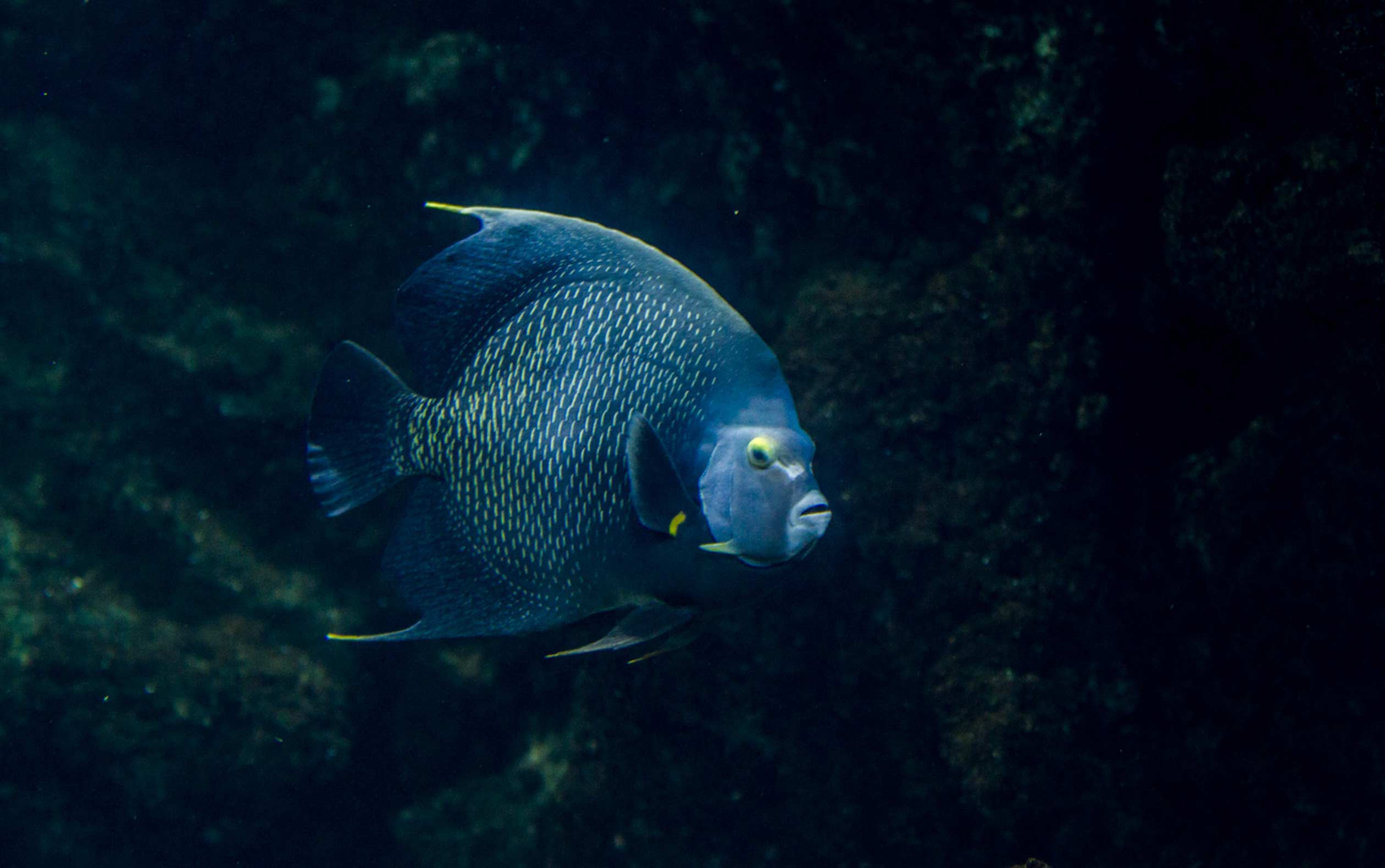 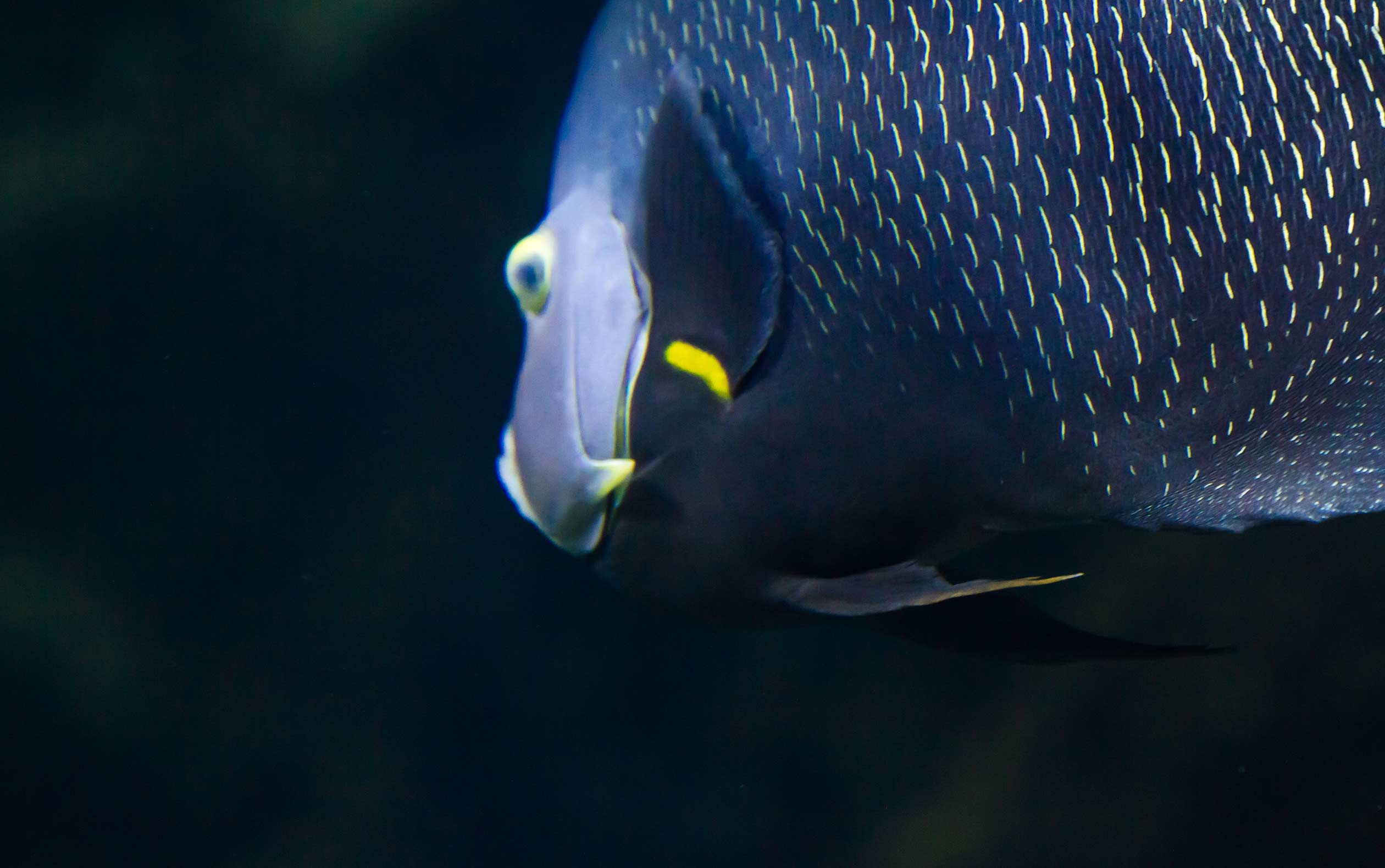