Selene vomer
Distribution area
Group
Size
Conservation status
Do you like this species ?
The lookdown can be found in shallow waters off the coasts of Florida and South America.
Vertebrates
Actinopterygii
30 centimeters
Least concern
9

This fish lives in shoals in cloudy waters, usually close to the surface. It moves around with its head pointed downward, a position that earned it its name. The lookdown feeds on small crustaceans and worms, preferably at dawn and dusk.

It is characterized by a laterally-compressed body that shimmers with silver and sometimes gold. These ‘physical’ colours are not caused by pigments like black, yellow or red. Instead, they are produced by light reflecting off cells containing crystals. The crystals shift, changing how the rays of light play off the fish, just like mirrors, giving the different colours a metallic, iridescent appearance. 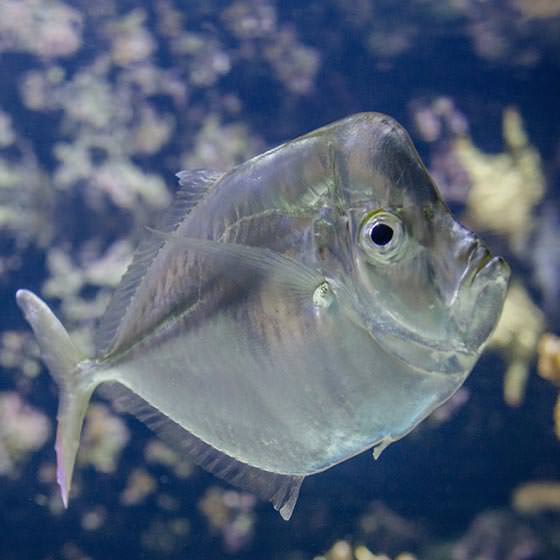 Its Latin name refers to the Greek goddess of the moon, Selene. 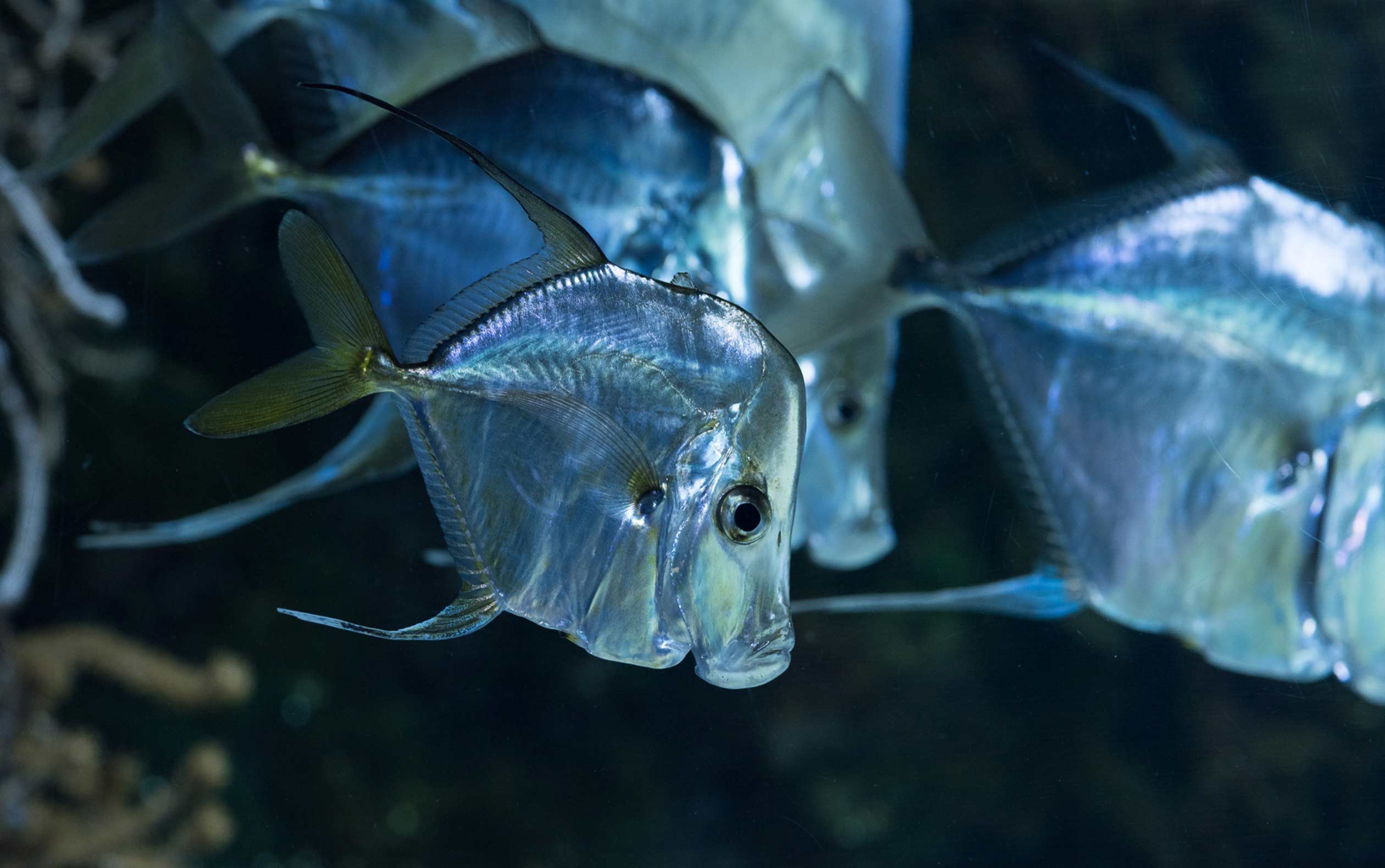 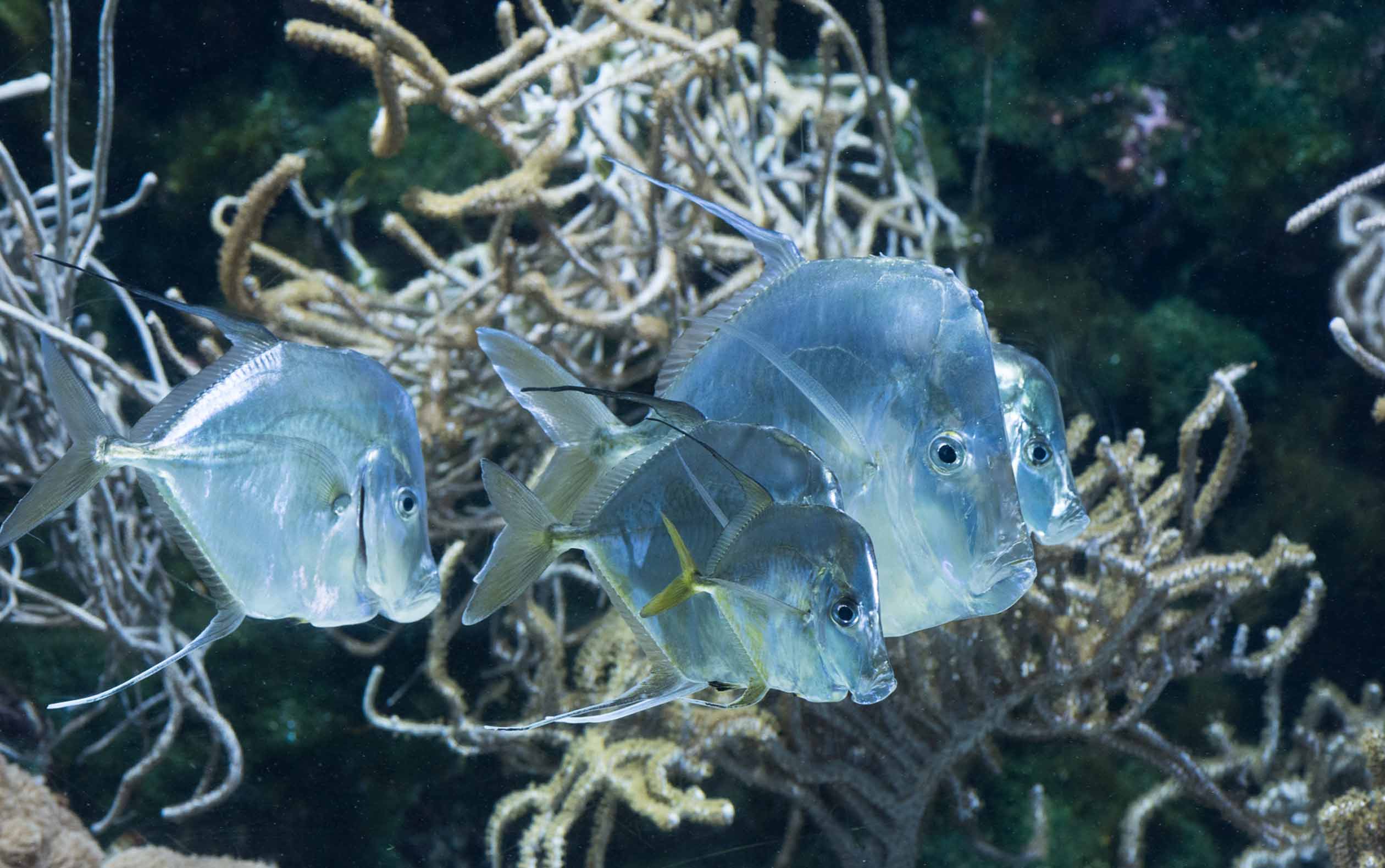