Argyrosomus regius
Distribution area
Group
Size
Conservation status
Do you like this species ?
The meagre lives in the Northeastern Atlantic, from the Bay of Biscay to Senegal, and in the Mediterranean and Black Seas. It is a coastal fish that can be found up to 200 m in depth. It also lives part of its life in estuaries.
Vertebrates
Actinopterygii
1 meter 50

The meagre is a coastal fish whose life cycle runs its course in both seawater and freshwater.

In the Bay of Biscay, meagre gather in the spring before going to Gironde to reproduce. 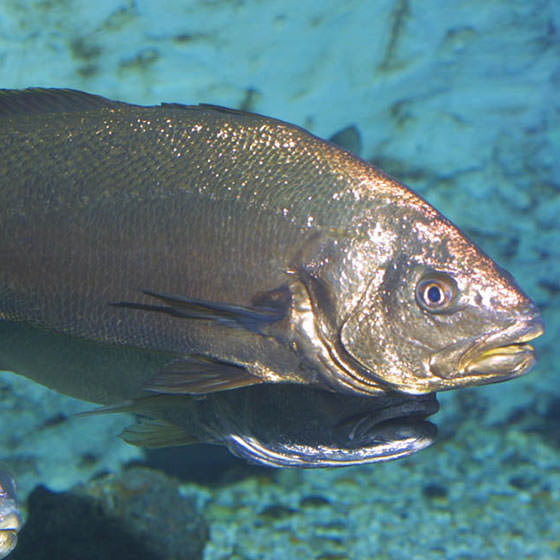 During the mating season, the males use their abdominal muscles and the walls of their gas bladder, a pocket of air located in their abdomen, to make noises.

After breeding, the adults scatter throughout the coastal waters on either side of the estuary, travelling as far as the coast of Finistère in Brittany, but rarely crossing the Channel. There, they feed on fish and cephalopods (cuttlefish and squid).

In the autumn, the adults return to the Bay of Biscay. During their first year, the juveniles stay in waterways to feed, until autumn comes. Their main catch is small crustaceans. They then move out to the sea to protect themselves from the cold temperatures of winter. At that point, they stop feeding altogether. In the spring, they return to their feeding grounds in the estuaries. The meagre is popular among anglers from the Gironde estuary to the Vendée, for the quality of its meat. Its maximum size is 2 m, weighing in at more than 50 kg. 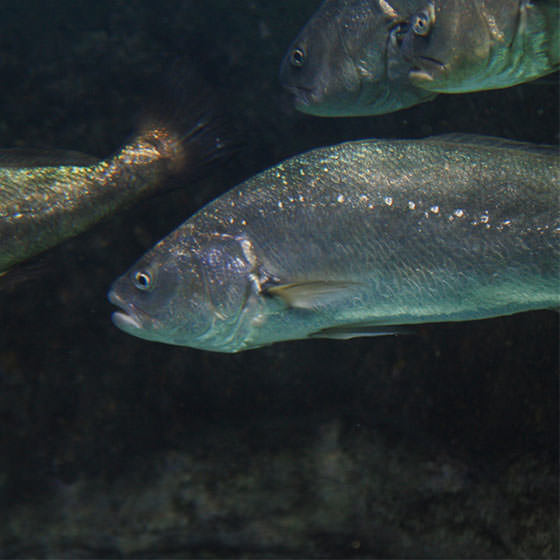 The grunting sound that the meagre makes is audible from the surface of the water. Fishermen in Gironde use this unique feature to locate the fish and cast their nets. 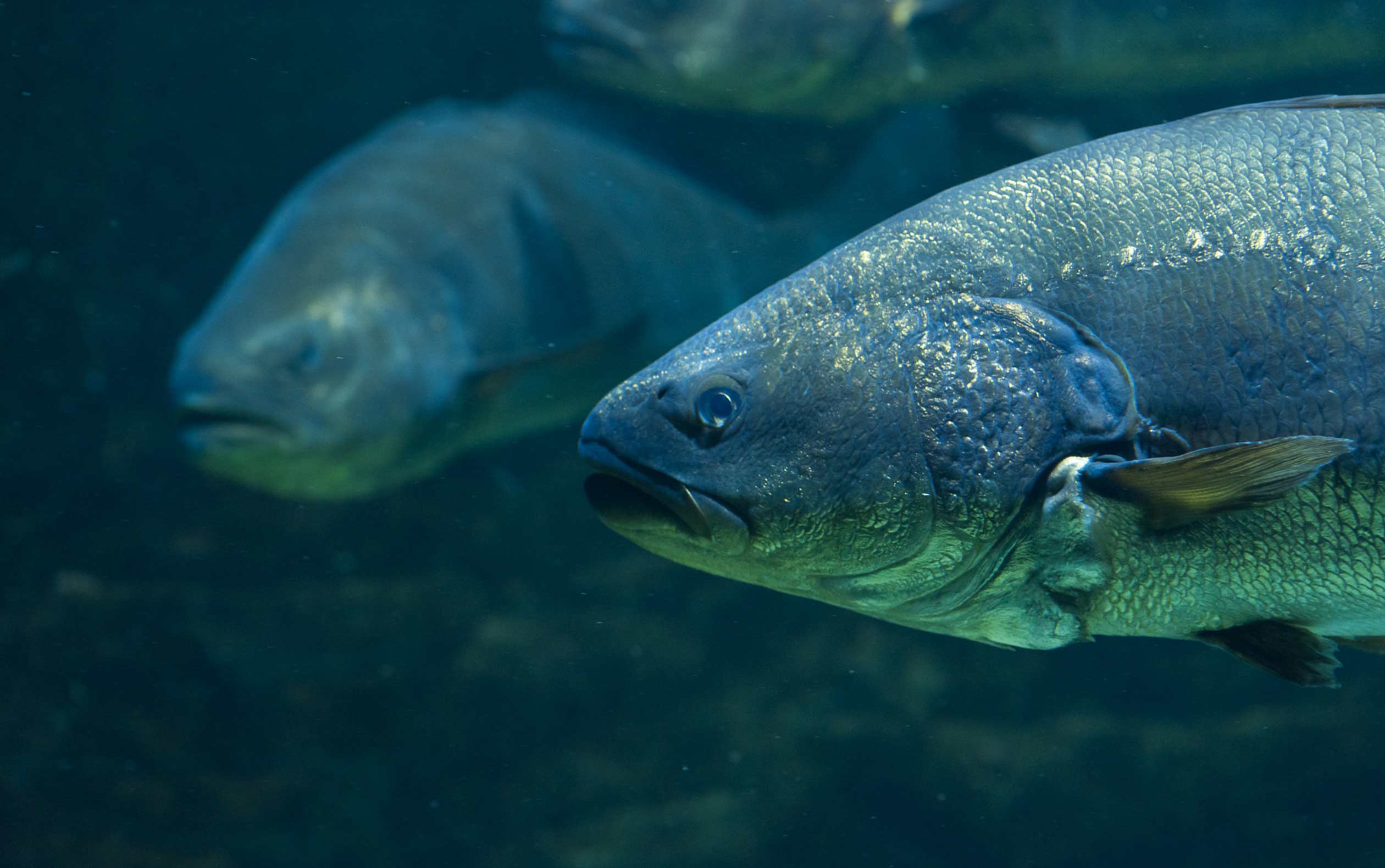 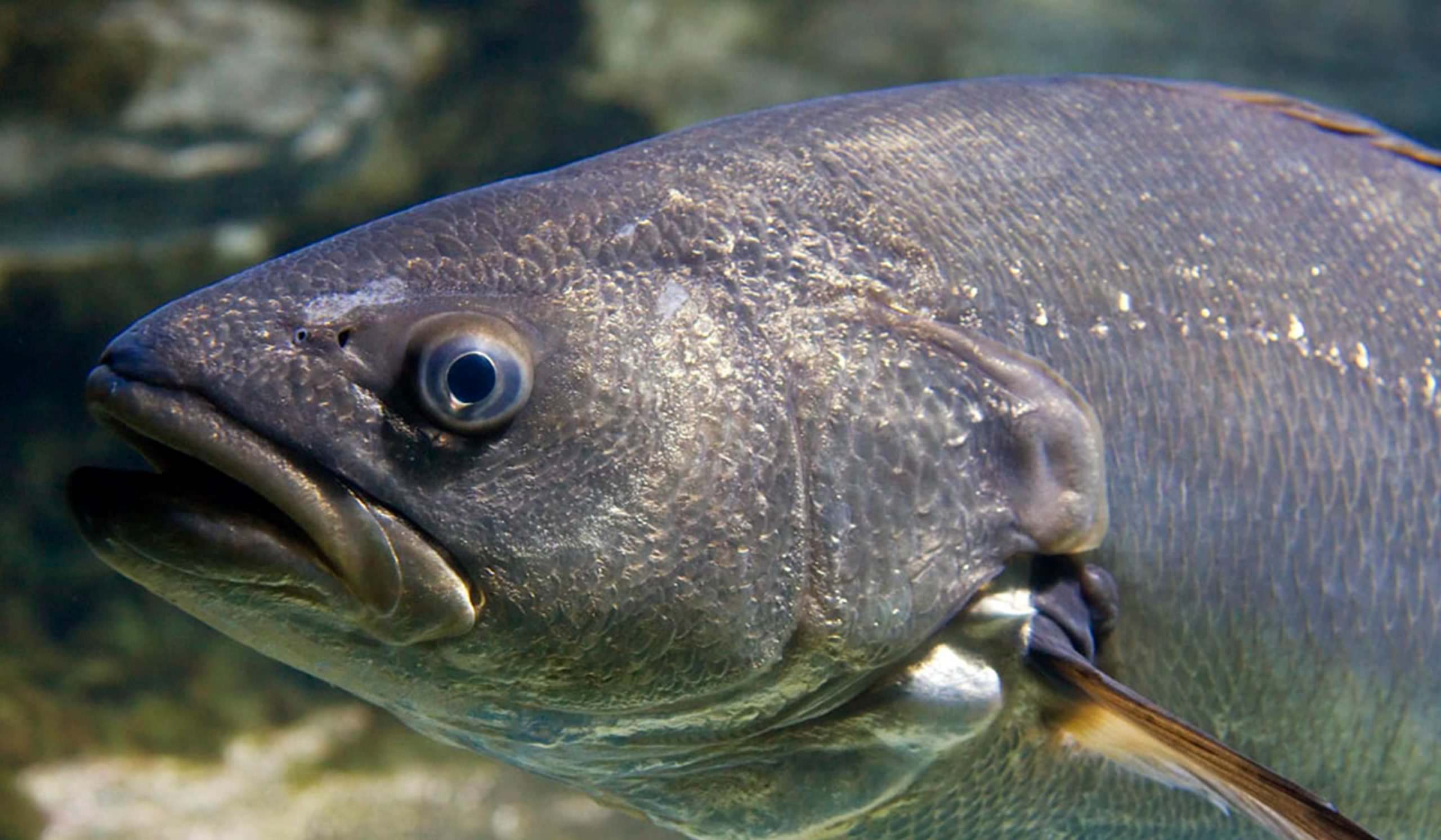