Chaetodon lunula
Distribution area
Group
Size
Conservation status
Do you like this species ?
This fish can be found in the Indian Ocean and the tropical Pacific as far as Hawaii, French Polynesia and southern Japan.
Vertebrates, Actinopterygians
12 centimetres
Minor concern
2

This species is found in coral reefs, usually on exposed outer slopes, from the surface to 30 m depth. The young frequent shallower areas, harbours and estuaries.

This fish is omnivorous as it eats algae and also many invertebrates including gastropods, worms, polyps and small crustaceans.

Its dorsal fin has spines that it can point at potential danger.

Individuals usually live in pairs, sometimes for their entire lives, but often form large shoals, especially with other species of butterflyfish. 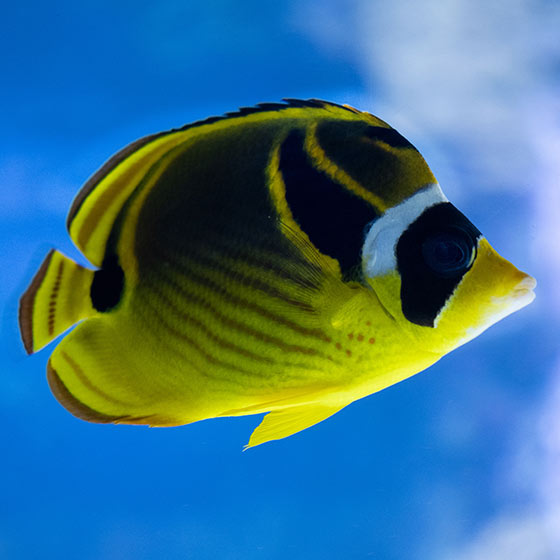 Its name refers to the "mask" on its head, which is reminiscent of a raccoon.