Corallium rubrum
Distribution area
Group
Size
Conservation status
Do you like this species ?
It is largely present in the Western Mediterranean Basin and along the eastern shores of the Adriatic Sea. Red coral can also be found in the Atlantic, from Northern Morocco to the Southern Portugal.
Cnidaria
Octocorallia
15 centimeters
In danger
11

Red coral is a colony of animals, or polyps, structured similarly to sea anemones: a sort of sack with an orifice surrounded by eight tentacles.

The white polyps build a hard exoskeleton whose red colour comes from iron salt, and into which they can retreat when needed. Red coral is a passive filter feeder. Its very tight network of polyp tentacles captures food particles (plankton, inert organic matter, etc.).

It reproduces between spring and summer. Its colonies can be male, female or mixed. Fertilization occurs inside the ovary, producing larvae that are expelled through the polyp’s mouth and scattered by the currents. Each larva attaches to a rock, where it grows into a polyp. The polyps multiply through successive budding. The speed of growth of red coral varies depending on its location and food supply, although it is always relatively slow. A branched colony grows at a rate of 8 mm each year. A colony weighing just a few grams can be as old as 20 years. 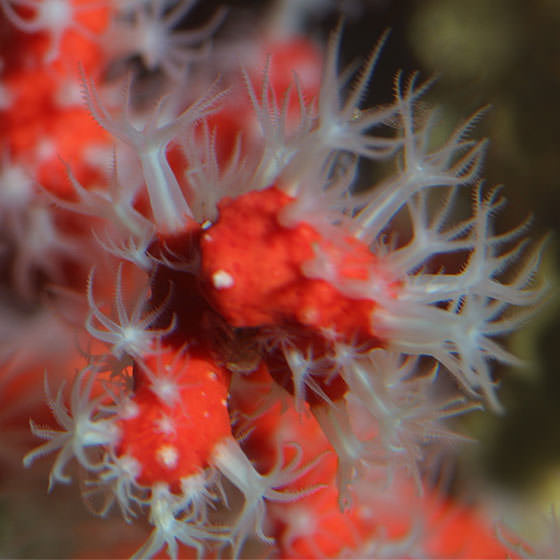 Remnants of red coral have been found in Neolithic tombs. In ancient times, men were fascinated with coral and attributed numerous powers to it. This fascination spread much further than the Mediterranean Basin, to India, Tibet, Mongolia and Africa.

Red coral has been harvested for 2,500 years, greatly reducing its supply. And yet, it is not an endangered species. This is because red coral becomes fertile once it reaches a height of 2 or 3 cm, but at that size it has no commercial value. As a result, there is always an abundance of small branches of red coral a few metres below the surface. However, the simple creation of sanctuaries would allow red coral to grow to its maximum size. In extraordinary instances, colonies larger than 40 cm and 2 kg can still be spotted. 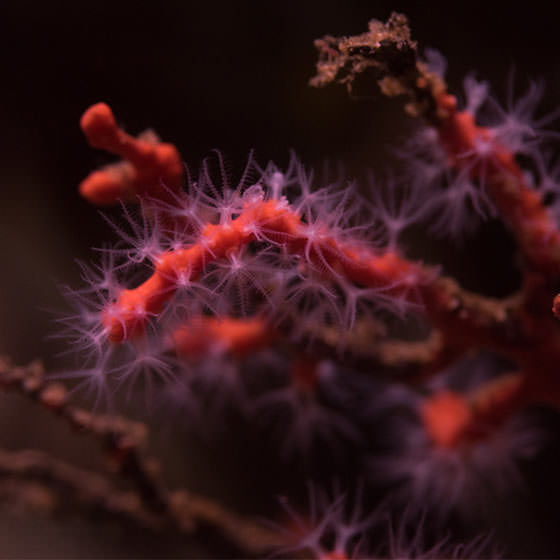 According to Greek mythology, the blood that flowed from Medusa's head after she was decapitated by Perseus turned into red coral. 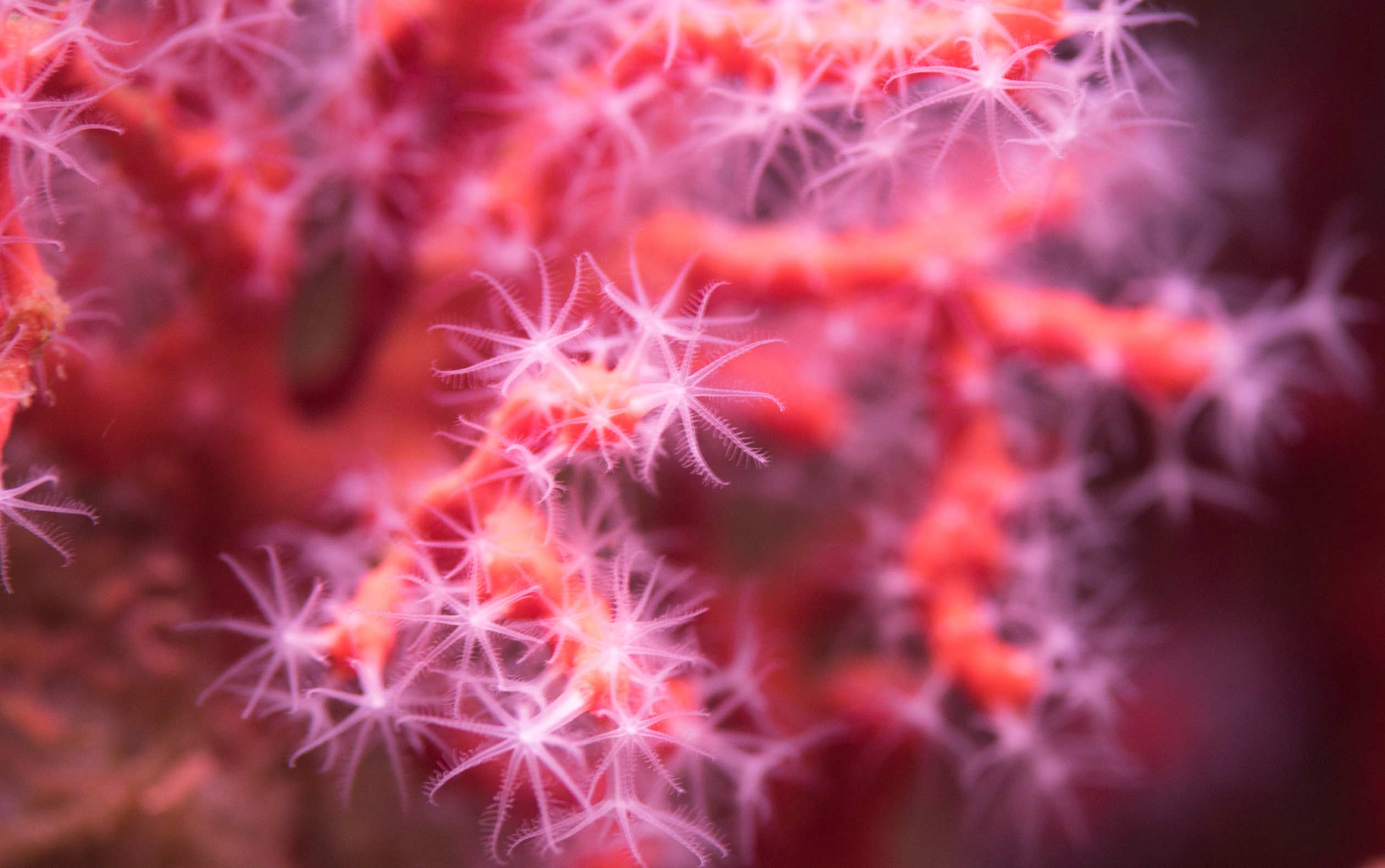