The royal gramma, also known as the fairy basslet, lives in small shoals close to coral reefs, from the surface to 60 m below.

Because of its fearful temperament, it always keeps close to a shelter, under an overhang or by the entrance to a cave. It can however appear aggressive (displaying an open mouth and intimadating posture) toward members of its own and other species.

The royal gramma feeds on small planktonic (floating) or benthic (bottom-dwelling) crustaceans. It may occasionally serve as a cleaner for other fish, feeding off their parasites. Its reproductive period is from February to June. The male prepares a nest in a sheltered location that he lines with algae and other detritus. When the female lays her eggs there, he cleans and protects the clutch from intruders through their incubation period of roughly 10 days.

There is no sexual differentiation in their young. They only become either male or female later on, at which point their gender is fixed. 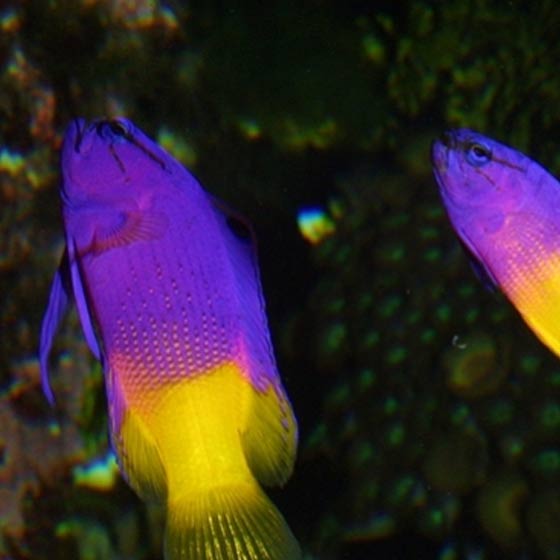 The royal gramma can roll over with its belly up to swim upside down under overhangs.