All rays are related to sharks.

They have a cartilaginous skeleton and gill slits.

This species burrows into the sand during the day and hunts for prey at night. It feeds on molluscs, worms, crustaceans and small fish.

Like sharks, rays must mate in order to reproduce. The males have reproductive organs extending from their pelvic fins (on their underside) that look like two fingers.

The southern stingray is an ovoviviparous species. The embryo develops in utero but, thanks to its own reserves called a yolk, it has no connection to the female organism. After three to eight months of gestation, the female gives birth to fully formed young rays. 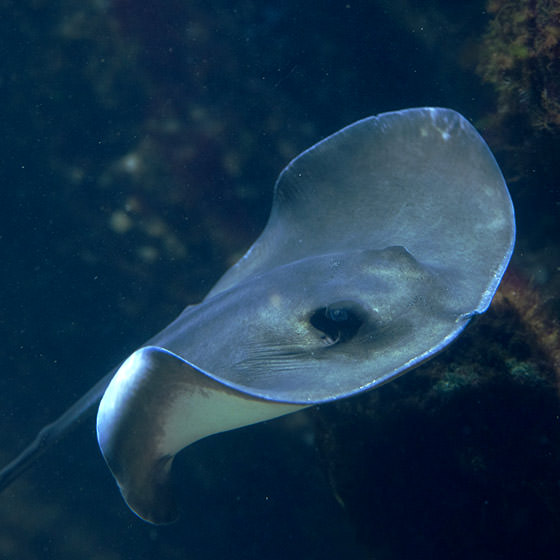 Southern stingrays have a venomous stinger at the base of the tail, used to defend themselves. The venom is not fatal to humans, although the sting is painful.