Triaenodon obesus
Distribution area
Group
Size
Conservation status
Do you like this species ?
The whitetip reef shark is very widespread in the tropical Indo-Pacific. As a bottom-dweller, it prefers the beds of coral reefs and lagoons.
Vertebrates
Chondrichthyes
1 meter 50
Vulnerable
10

The whitetip reef shark is often observed « sleeping » on the ocean floor.

Unlike most sharks who must swim continuously in order to oxygenate, this species can remain motionless on the seabed. To do this, it controls the opening and closing of its mouth, creating a current of air that passes through its gills.

The whitetip reef shark mainly hunts at night, catching crustaceans, octopi and reef fish that it extracts from crevasses with a great deal of dexterity. 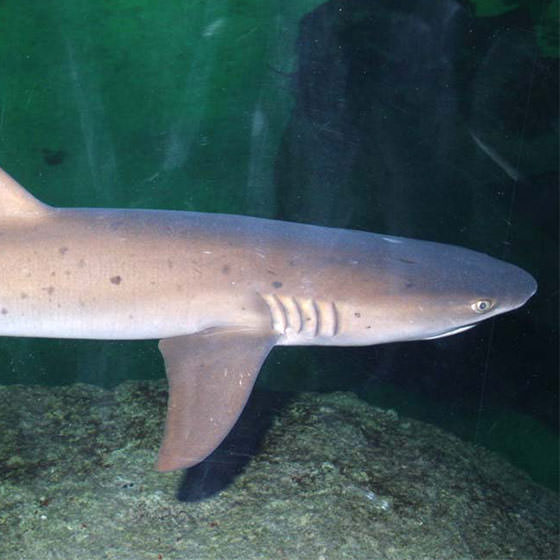 With their gregarious dispositions, these sharks are often found on the ocean floor, pressed up against one another and sometimes even
piled one on top of the other inside coral caves.