Zebrasoma flavescens
Distribution area
Group
Size
Conservation status
Do you like this species ?
This surgeonfish lives in the coral reefs of islands in the Pacific, from the Ryukyu Islands (Southern Japan) to the Hawaiian Islands where it is the most common.
Vertebrates
Actinopterygii
15 centimeters
Least concern
9

The yellow tang lives in coral reefs at shallow depths of 2 to 40 m, either alone or in a small group.

This benthic fish stays fairly close to the bottom, in areas rich in algae.

Its narrow snout allows it to feed on the small filamentous algae that grows between the coral, without being troubled by the latter’s venom. Although a herbivore, it eats the occasional small crustacean. It usually spawns as a group, but pairings can sometimes also be observed. The male, slightly larger than the female, is very territorial during this period, chasing away any other males that enter its territory. 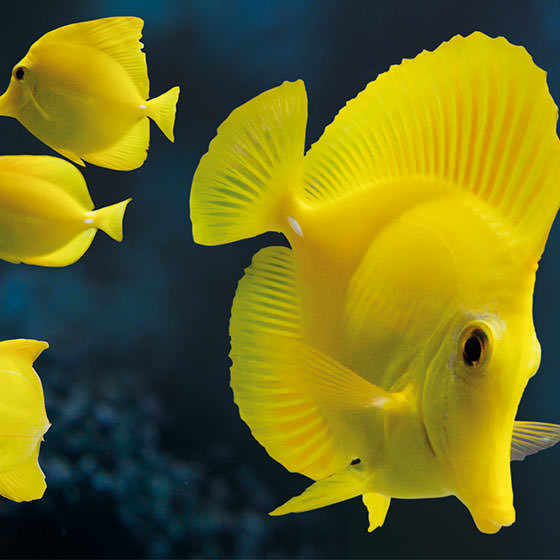 Like all surgeonfish, it has an erectile spine as sharp as a scalpel on either side of its caudal peduncle. The juveniles’ scalpels are rather fragile and contain a highly toxic venom produced by special glands. As adults, those glands atrophy and the white scalpels become razor sharp weapons.

At night, the front part of the yellow tang’s body takes on a darker, more discreet colour with a horizontal white band. It regains its brilliant yellow once the day breaks. 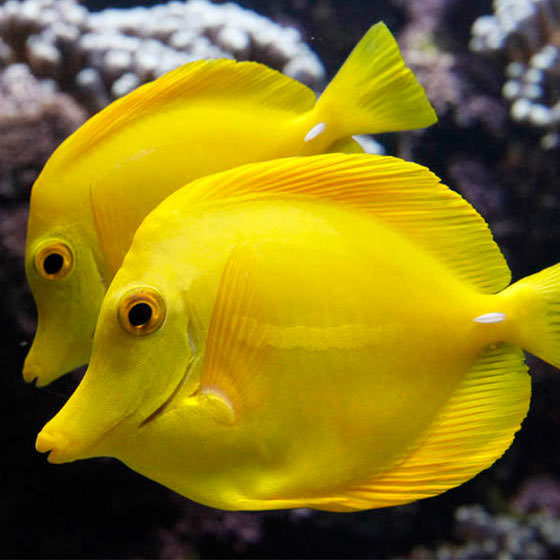 Long considered to be endemic to the Hawaiian Islands, over the years it has spread far into the Pacific. It has even been reported off the coast of Florida!