Gramma dejongi
Distribution area
Group
Size
Conservation status
Do you like this species ?
This gramma has been observed in southern Cuba and off Little Cayman Island.
Vertebrates, Actinopterygians
4.5 centimetres
Insufficient data
3

There is very little information on this species as it was only described in 2010. Its range appears to be restricted as it has only been observed at 2 sites in the western Atlantic. It was found along a reef wall between 18 and 20 m deep. This gramma lives hidden in the outer reefs. It appears to be very attached to the site it occupies and has reduced mobility.

Due to the lack of data, it is not possible to assess its population size and abundance. But this species could, like other species of the genus Gramma, be a prey for the scorpionfish (Pterois volitans), an invasive species originating from the Pacific and which has been introduced by man into the waters of the western Atlantic. The voracity of the latter could lead to a decline in the Cuban gramma population. 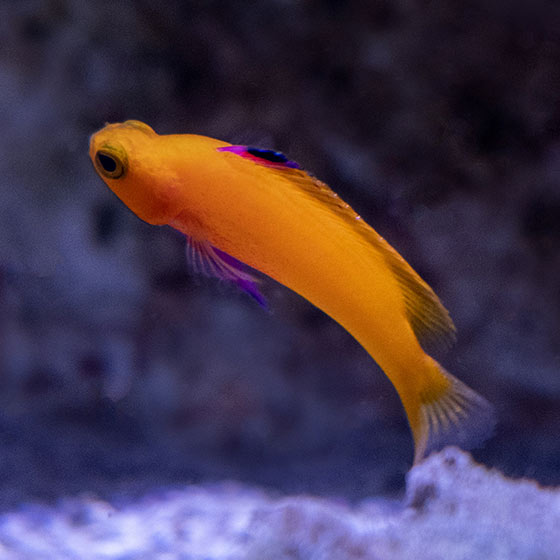 This species, because of its rarity, is prized by aquarists. Fortunately, its breeding is controlled in aquariums, which limits the number of specimens taken from the wild.