Carcharias taurus
Distribution area
Group
Size
Conservation status
Do you like this species ?
It lives close to the bottom, along the coastline of the Indo-Pacific region, on Africa's Atlantic shores, and in the Red and Mediterranean Seas.
Vertebrates
Chondrichthyes
2 meters 50
Vulnerable species
11

The sand tiger shark migrates seasonally in a shoal. Like all sharks, the adults mate to reproduce.

The male holds onto the female by biting her around her gills or fins. As a result, the females tend to have more scars than the males.

Once the egg forms, an embryo starts to develop inside the uterus, but with no connection to the maternal organism, thanks instead to its own reserves (ovoviviparous mode). Gestations lasts eight to nine months. At birth, the young measure roughly 1 m. The female stops feeding during the reproductive period. 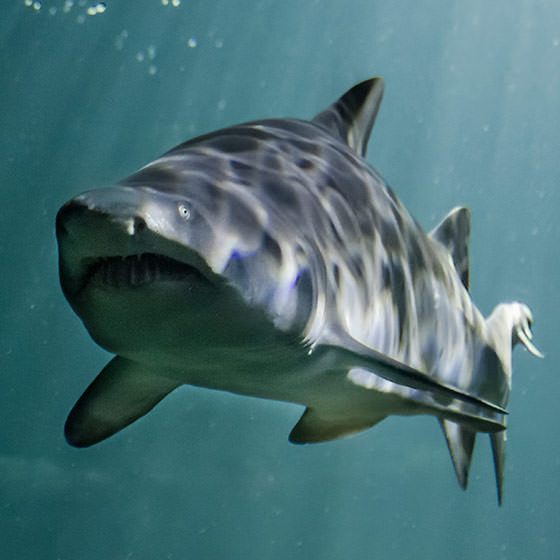 An astonishing fact about sand tiger sharks: cannibalism in utero. The most developed embryos devour any unfertilized eggs, as well as the weakest embryos. This phenomenon represents the natural selection of the toughest specimens, even before birth. 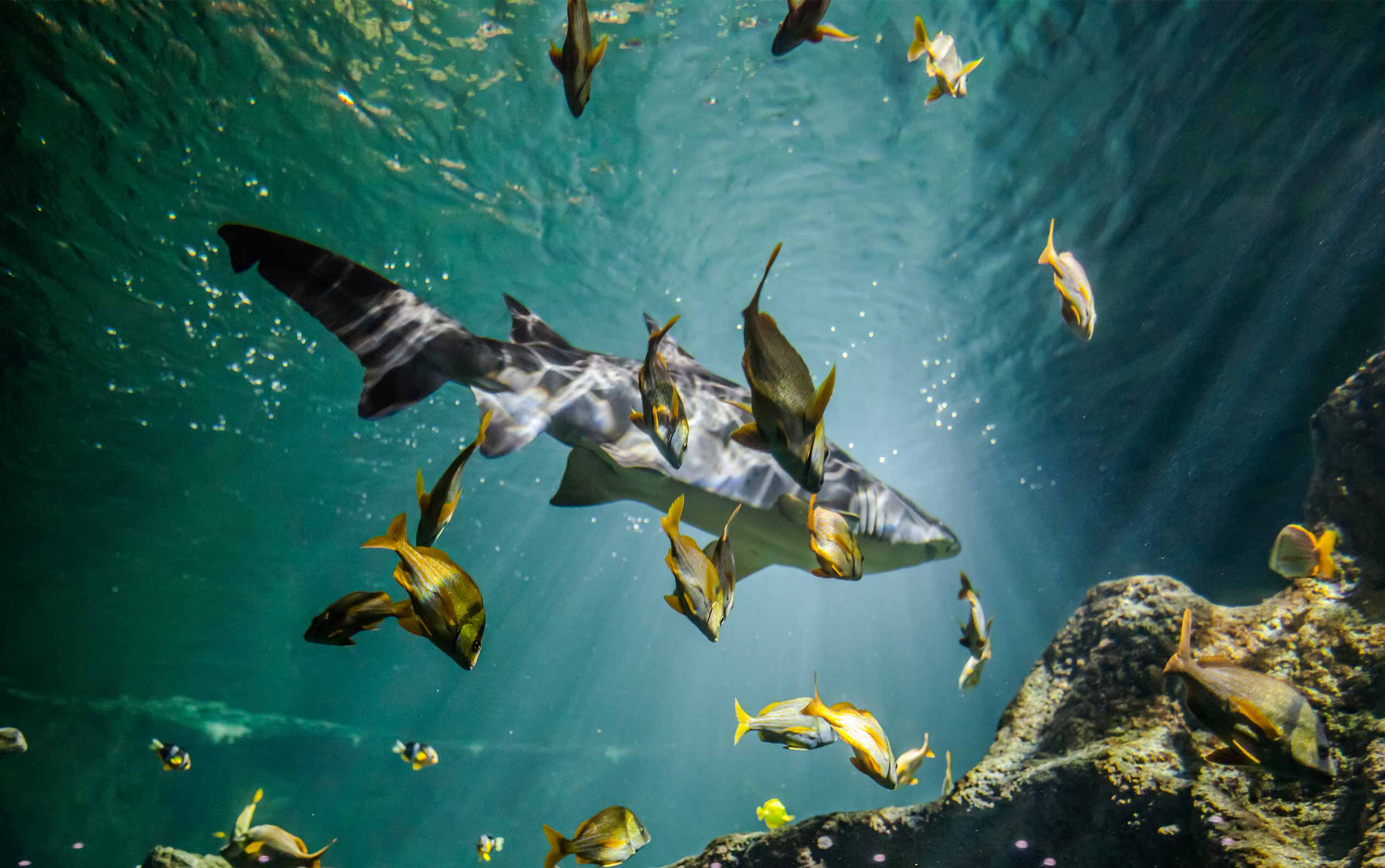 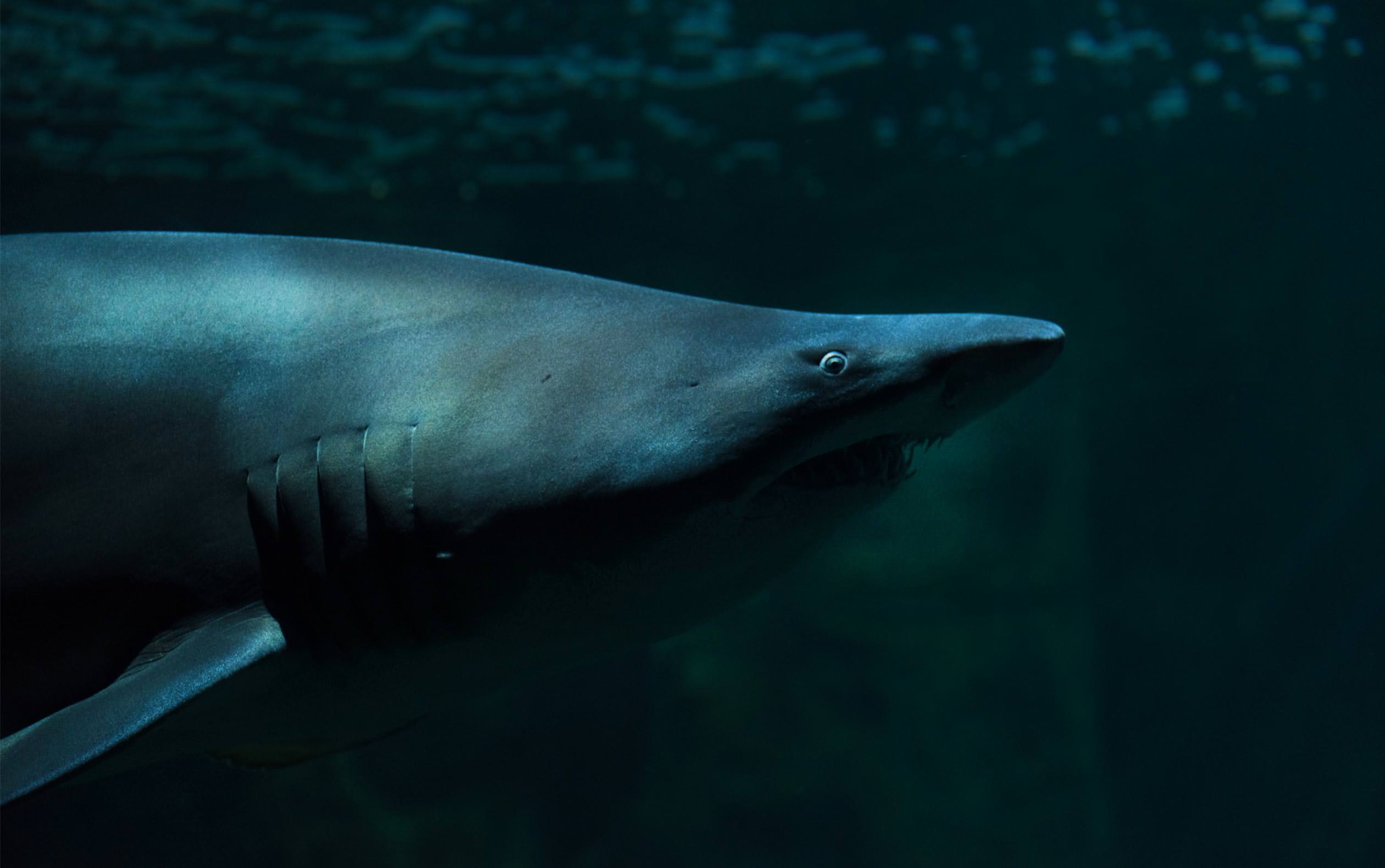